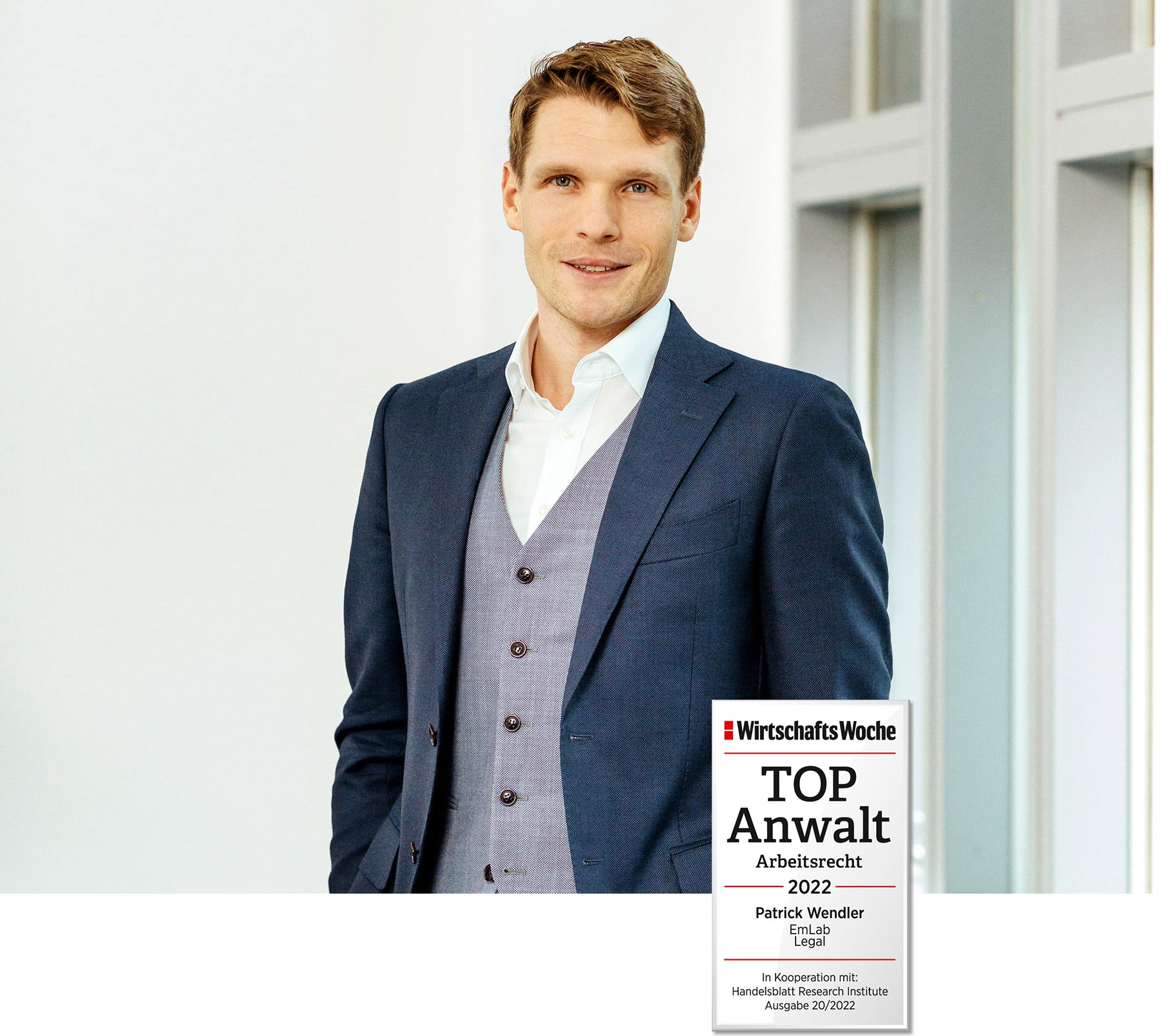 Patrick studied law at the University of Cologne, the Fordham Law School in New York City and the Bucerius Law School in Hamburg. He completed his legal clerkship at the Hanseatic Higher Regional Court in Hamburg.

Patrick was admitted to the German Bar in 2014. From November 2014 to January 2021, he worked for Freshfields Bruckhaus Deringer in the practice group Employment Pensions Benefits headed by Professor Dr. Klaus-Stefan Hohenstatt and Dr. Boris Dzida in the Hamburg office.

Patrick advises on all aspects of employment and labour law, in particular in connection with restructurings & reorganizations, mergers & acquisitions as well as compensation & incentive systems. Another focus of his practise is the support of companies and executives in complex separation scenarios. In addition, Patrick specializes in employment law issues in connection with start-ups, the digitalization of the workplace and (post-contractual) non-competition obligations.

In addition, Patrick has unique expertise in the field of employee participation on supervisory board level, including the specifics of the European Company (SE) and cross-border mergers. During his time at Freshfields, Patrick has advised numerous companies on their conversion to the legal form of an SE.

Patrick is the author of several publications, including the ZIP practice book “Gender and Women’s Quotas in the Private Sector” and the C.H. Beck practice guide “Labour Law in Times of Covid”.

Corporate Codetermination during the Covid-19 Crisis, in: Hohenstatt/Sittard (eds.), Labour Law in Times of Corona, 1st ed. 2020 and 2nd ed. 2021 (with Christopher Krois)

Employee co-determination in the supervisory body in the case of the formation of a Societas Europaea by way of a change of legal form, BB 2020, 1792 (with Dr. Neda von Rimon).

Ensuring the Functionality of Corporate Codetermination during the Covid 19 Pandemic, Der Betrieb 2020, 1009 – 1014 (with Christopher Krois).

The German Co-Determination Act is Compatible with Union Law, BB 2017, 1788 (with Jonathan Monz).